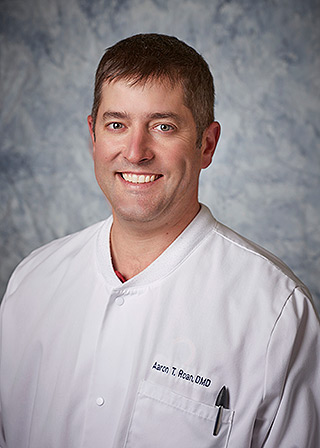 Born at Centre Community Hospital, he has lived all over the country. At the age of three, Aaron moved with his family from their farm in Penns Valley, to Midland, Texas, in the heart of the Texas oil patch. From Midland, the family moved to Elk City, Oklahoma, and then to Shaker Heights, Ohio, where Aaron was graduated from Shaker Heights High School, which counts movie star Paul Newman among its most illustrious alumni.

After high school, Aaron then returned to State College, earning a bachelor’s degree from Penn State in 2001. Dental school took him to Philadelphia where he received a degree from the Temple University School of Dentistry in 2006. While in Philadelphia, Happy Valley was never far from his mind, and he is delighted to be back in the area near his family.

In a town noted for its transient population, Aaron has deep roots. All of Aaron’s grandparents were long time residents of State College and both of his parents were graduates of State High. In fact, Aaron isn’t the first Dr. Roan to practice in State College. Aaron’s great –grandmother was one of State College’s first female optometrists. She opened her practice on East College Avenue in the1930’s.

Dr. Roan is certified in Invisalign, a system where clear plastic trays are used to move teeth and is a member of the ADA, PDA, Centre Dental Society and the International Congress of Oral Implantologists. 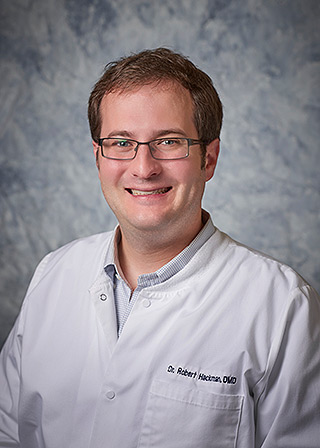 Dr. Robert Hackman is a true State College native, born and raised here by his parents – both PSU alums. Prior to leaving for school Rob was active in the community – singing in choirs, attending Calvary Baptist Church, and performing in community theatre. His favorite role was playing Algernon in a Boal Barn production of “The Importance of Being Earnest.”

Rob is an alumnus of State College Area High School where he played in the marching band and sang in just about every musical ensemble available. He is also a 2007 graduate of Grove City College, where he obtained a Bachelor of Science in Molecular Biology. He went on to attend Dental School at the University of Pittsburgh, followed by a one-year General Practice Residency at the St Vincent Charity Hospital/St Luke’s Dental Associates in Cleveland, Ohio.

Dr. Hackman is excited to be moving back to the area with his new wife Kate, and is thrilled to be practicing dentistry alongside Dr. Roan!